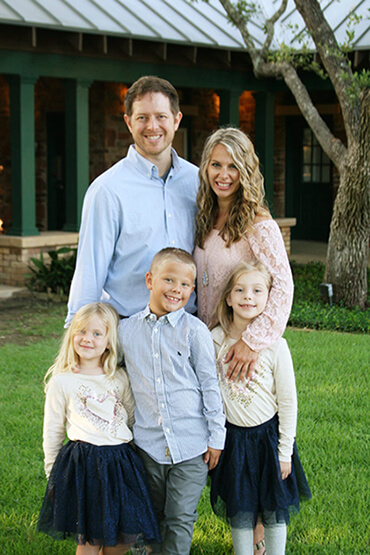 John William Branch, M.D. was raised in the foothills of the Appalachian Mountains in the east Tennessee town of Kingsport. He grew up playing baseball and football, as well as hiking along the Appalachian Trail and the several national parks of the area. He obtained his bachelor’s degree at Clemson University where he was an active Young Life leader and assistant football coach of the area’s high school football team. He completed his medical training at the University of South Florida followed by a transitional internship at Brackenridge Hospital in Austin, Texas.

He then moved back to finish his ophthalmology training at the University of South Florida where he performed more cataract surgeries than anyone in the history of the program. After completing his residency, Dr. Branch moved to Greenville, South Carolina to help establish a division of ophthalmology for the Greenville Hospital System. He was the staff surgeon during his time there and lectured both the residents and medical students. He is married to his lovely wife, Melissa, who is an Austin native, and has three beautiful children, Noah, Averie, and Ella.

In his spare time, Dr. Branch enjoys running, cycling, music, and traveling. Most of his spare time is spent with his wife being entertained by watching their young children doing the weird things kids do. He enjoys playing guitar and piano and watching his children dance along with his music. He has completed several road races, including the Nashville and Tampa marathons.

Along with routine eye exams, Dr. Branch performs a variety of surgeries including cataract, eyelid surgery, and LASIK/PRK. He offers the most advanced technology in custom LASIK surgery. He has experience with a variety of new lenses that are used to help correct presbyopia (the need for reading glasses). He established Texas Vision to provide the highest level of care for his patients, both clinically and personally. 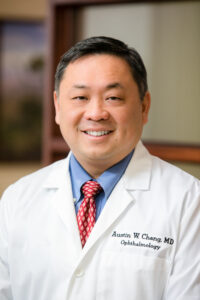 When not working, he enjoys outdoor activities, team sports, and spending time with his family. He also devotes his free time to serving others at his local church. 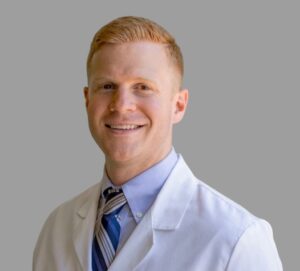 Dr. Jake Reynolds was born and raised in Austin, TX. He grew up playing several sports including basketball and swimming, and attended Anderson high school where he graduated valedictorian.

He obtained his bachelor’s degree from Trinity University in San Antonio, where he competed as a collegiate swimmer and spent a semester studying abroad in Ireland.

Setting his sights on medicine, he was accepted into McGovern Medical School in Houston to train in the largest medical center in the country. He completed his ophthalmology residency training at Texas Tech Health Sciences Center in Lubbock, where he was elected to serve as chief resident.

In his free time Dr. Reynolds enjoys running, boating on Lake Austin, finding the best tacos in town and spending time with family and friends (including his twin brother and two younger twin brothers).

*Please do not include personal identifying information such as your birth date, or personal medical information in any emails you send to us.

If you are using a screen reader and are having problems using this website, please call 512.551.5500.